Saturday 21st March saw the first ever fixture for a Brent Schools FA Girls team at any age group when the new;ly formed Under-11 squad played a friendly against Barnet.  It began with the girls walking into the changing room and beaming as they saw their kits hung up ready for the day and having a photoshoot. 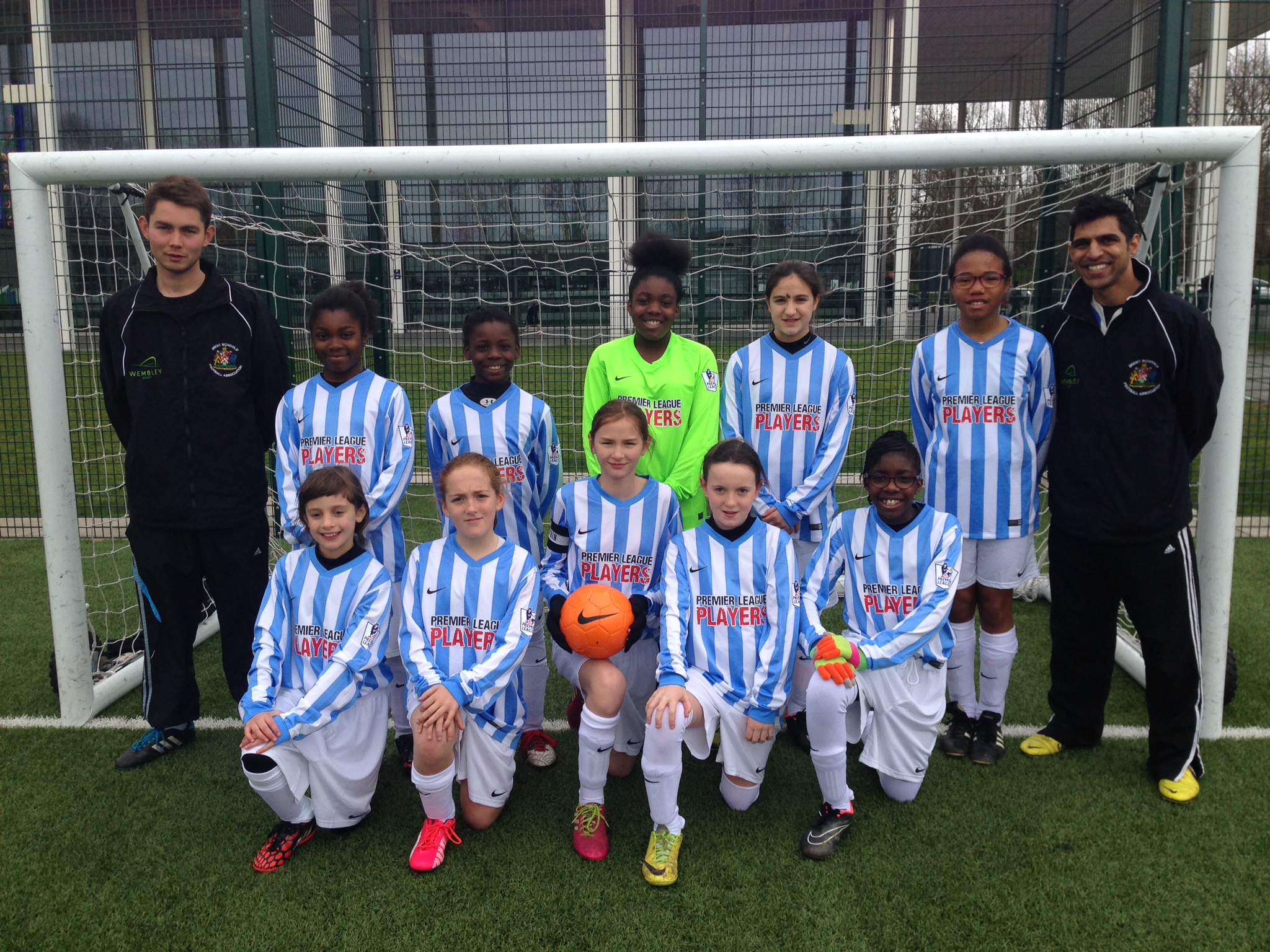 However on the pitch looked like it was going to be a tough day at the office as Barnet scored within the first 10 seconds after dispossessing the Brent centre back just outside her own box.  The girls showed great character though as they composed themselves and began to dominate in terms of possession, territory and chances.  Susan Uwaifo, Millie Glover and Lauren Thompson were all denied by great saves from the opposing goalkeeper.  Then, on 20 minutes, Brent were caught out on a counter-attack and their number 10 was left unmarked at the back post to double hers and Barnet's tally.  There was still time before the break for Brent to create another chance after a fantastic through ball from Ciara O’Rourke found Noelani Agyeman one-on-one with their goalkeeper.  Their ‘Girl of the Match’ keeper though again made herself big to save at the feet of the Brent forward.  Brent were unlucky to go in 2-0 down at the break.

The first ten minutes of the second half saw both sides create good chances as Millie Glover, Emillie Driscoll-Mooney and Susan Uwaifo were all thwarted by good stops by the opposing goalkeeper and Kiara then making a great save with her feet to prevent Brent going three down.  The Brent team then through caution the wind for the last fifteen minutes and their excellent attacking play saw Barnet camped in their own half.  On 37 minutes, striker Susan Uwaifo was brought down in the area.  Unfortunately, after dusting herself down, her resulting spot kick was saved and deflected against the crossbar.  But, the character of the girls again shone through once more as they continued to attack at pace.  On 43 minutes a perfect centre from the left by Millie Glover was hit left foot on the half volley by Susan Uwaifo into the bottom corner of the net.  2-1 and surely the equaliser would come.  With Christiane Assaad, Mikayla Whittick and Jasmine Warrington Mainoo dominating at the back, it allowed Ciara O’Rourke, Susan Uwaifo and Millie Glover to run at the Barnet defence and the chances continued to come.  Ciara O’Rourke looked unstoppable at times on the left as she drove forward, but twice her shots went narrowly wide.  Millie Glover was just as impressive on the other side and also shot just wide with a minute to go after dancing past three defenders.  It wasn't to be and the girls lost 2-1.

“There were numerous positives that came out of the game and all of girls went home happy with the experience of the day.  We dominated the second half and it was nice that supporters from both teams commented on the passing football we played.  On another day, it would have been a comfortable win for us.  It was not to be today, but the other boroughs had better beware the new comers because if this group of girls can play this well after two training sessions, when the league begins in May, they are going to be hard to beat!”  Minesh Randeria – Brent Girls U11s Manager

“The girls showed tremendous energy and desire and our intensity caused them all sorts of problems.” Ronan O’Rourke  - Brent Girls U11s Coach.