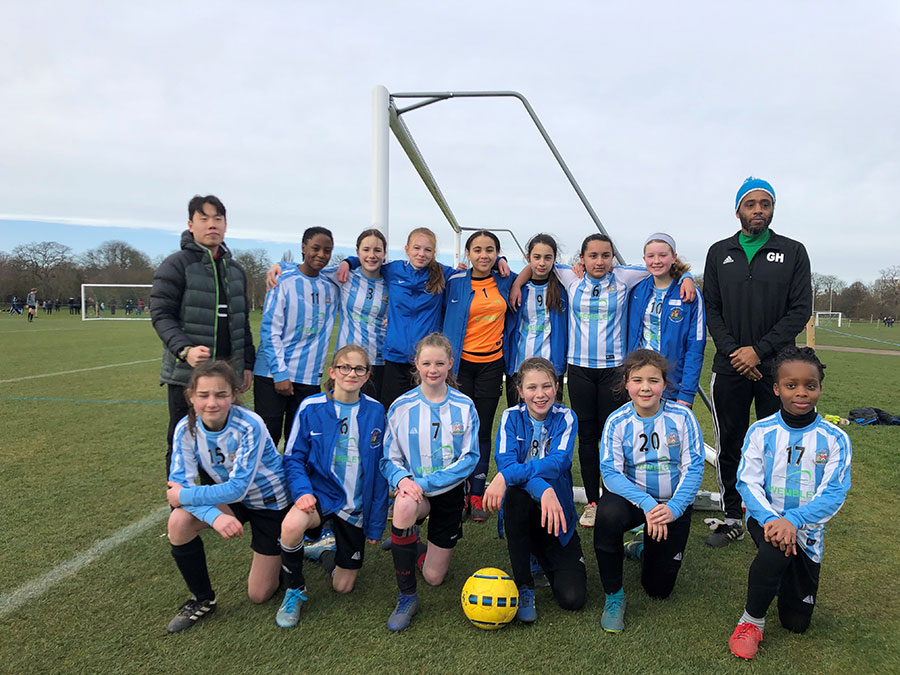 Their first goal came from a superb cross from Scout Waddington which Chloe O’Donoghue smashed into the net. Waddington then created a chance for herself, robbing a defender and firing into the corner of the net.

Regents Park battled bravely and scored to make it 2-1 but Waddington put the game beyond them, finishing an excellent team move with a poacher's finish from close range to make the final score line 3-1.

In the other semi-final, Brent Under-12 Girls over powered Queens Park Sharks 8-1 to set up an all-Brent final. The two squads also meet in a top of the table League clash on March 8 at Regent's Park.