U15 Boys into Corinthian Shield Final 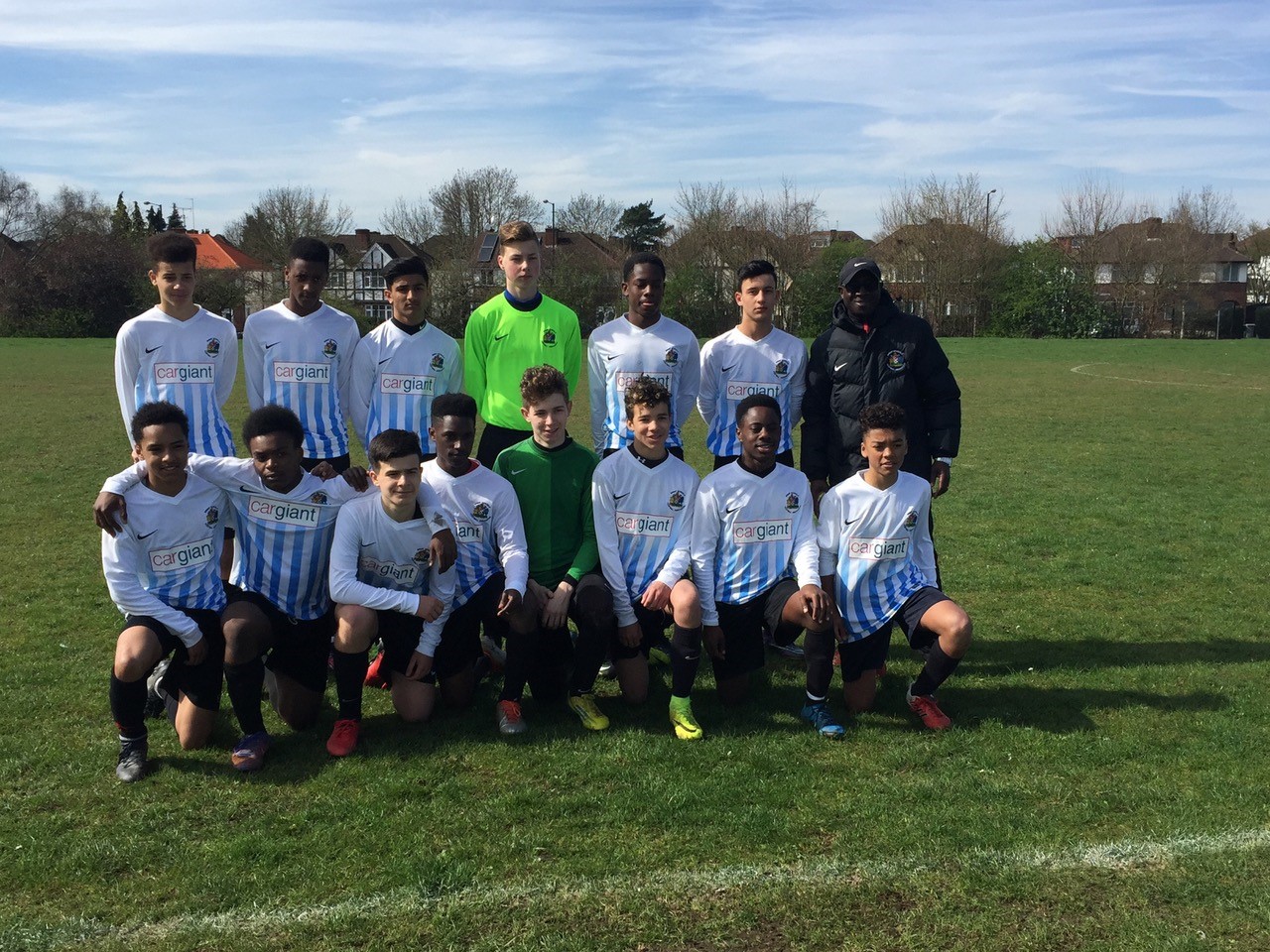 Brent beat Newham in the semi-final of the London Schools' FA Corinthian Shield, coming from behind to win 4-2.

Newham began the game strongly and had the better of the opening exchanges and David Krupinski in the Brent goal did well in the opening 8 minutes, preventing Newham taking an early lead by saving well on a couple of occasions.

Shammar Swaby had Brent’s first attempt on target before Newham took the lead in the 10th minute with a low shot across the Brent goal into the bottom right corner. Newham should have extended their lead in the 17th minute but saw their shot go well wide with just Krupinski to beat.

Brent equalised midway through the first half. Saul Mensah did well to win the ball back for Brent and when the ball was passed to William Ribeiro he reacted quicker than the Newham defenders and tucked the ball past the on-rushing Newham goalkeeper.

Newham almost retook the lead in the 22nd minute but a close-range shot was well blocked. Moments later, Krupinski spread himself large and saved with his legs and when the ball came back to Newham they saw their shot go just wide of the left hand post.

Brent’s Kahlil Francis linked up well with Mensah but Mensah’s shot was saved. Brent's next opportunity came when Ribeiro was through on goal but was unable to control the ball due to the windy conditions; the ball ran through to the goalkeeper.

Ray Lluka saw his 20 yard effort well saved before Francis passed to Ribeiro, but once again the ball ran through to the Newham goalkeeper.

Brent took the lead in the 36th minute when Mason Spencer took a free-kick from 25 years out on the right touch line and Ribeiro got the slightest of touches to deflect the ball past the stationary Newham goalkeeper to give Brent a 2-1 lead.

Ribeiro almost extended Brent’s lead in the opening minute of the second half, shooting wide. However, Ribeiro completed the hat-trick his play deserved in the 44th minute. Once again, the striker reacted quickest to prod the loose ball home after the Newham goalkeeper was unable to hold the ball from a shot to make it 3-1.

Swaby went close for Brent in the 48th minute shooting wide before Ribeiro chased a back pass to the Newham goalkeeper and was very unfortunate to see the attempted clearance ball bounce off him and go inches wide of the Newham goal.

Brent deservedly extended their lead in the 75th minute when Swaby found Lluka in the 75th minute and his strike was well placed from the edge of the penalty area, putting his team 4-1 ahead. Francis almost made it 5 -1 when he beat two Newham defenders before hitting a shot that was well saved.

Newham pulled a goal back in the 79th minute and in the second minute of stoppage time Spencer cleared a Newham shot off the Brent goal-line to prevent Newham from getting their third and creating a scoreline which would not have been a true reflection of Brent’s dominance of the game.