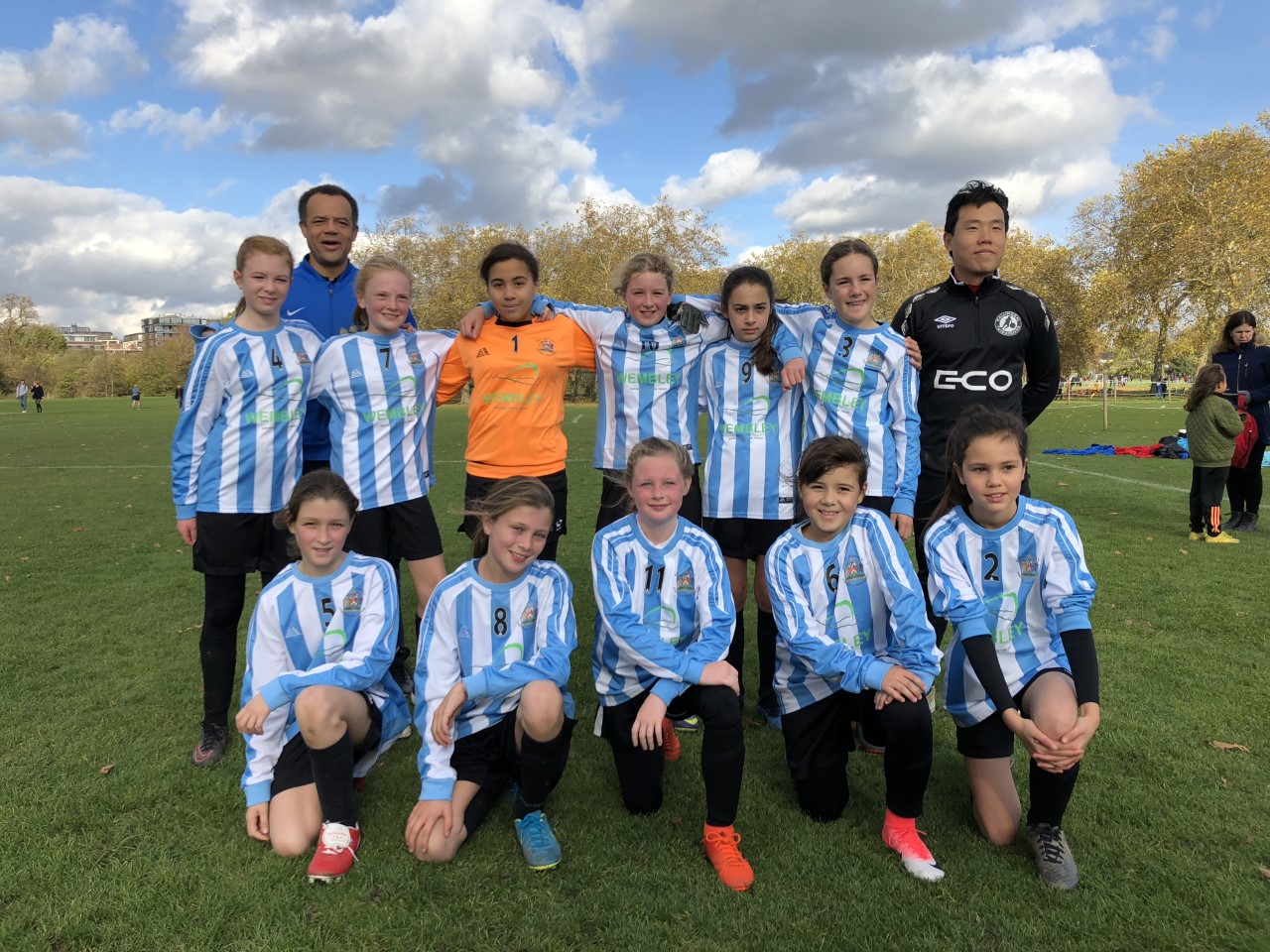 Brent Under-12 Girls' terrific run continued with an impressive performance against LSS FC at Regent's Park. Brent attacked straight from the kick off and were rewarded when Giuseppina Carnevale's fierce cross-shot hit the post and captain Scout Waddington shot on the turn to fire the rebound into the net.

Carnavale scored the second with a superb solo effort dribbling past two defenders before sending a thunderbolt into the top corner. Chloe O'Donoghue got in on the act to make it three, collecting a pass from Apolonia Margetson and dribbling into the box before blasting the ball past the keeper.

LSS rallied and showed courage but Sophie Kew and Keely Dibley-Dias worked tirelessly in defense  to protect keeper Milly-May Blue. Waddington put the game beyond the home side, completing her hatrick with a crisp left foot shot after good work by Kathleen Santos Ferreira to make it 4-0.

Waddington volleyed her team 5-0 up from a corner. Then, a superb pass in midfield by Keely Dibley-Dias released O'Donoghue who outpaced her marker before slotting the ball home to put her team 6-0 ahead.  Brent's next strike was the goal of the game. Raaya McIntosh passed to Elizabeth Ulusele who threaded the ball through to Tirion Lewis. Lewis cut in from the wing slipping the ball to Waddington to shoot past the keeper completing a great team goal. Waddington also scored the final goal, reacting quickest in a goal mouth scramble.

Brent coach Kjell Sung said after the match: "That was the best performance of the season. The team spirit is fantastic and some of the passing was excellent."

Brent Under-12 Boys put on their best performance of the season in a seven goal thriller away to Hillingdon but were edged out, going down 4-3.

Brent Under-14 Boys started well away to Hillingdon, showing improvement on previous performances. Brent also scored the goal of the game thanks to Dion's amazing thirty yard drive but were ultimately beaten 6-2.

Brent under 13's battled bravely but lost 9-4 at home to Hillingdon.