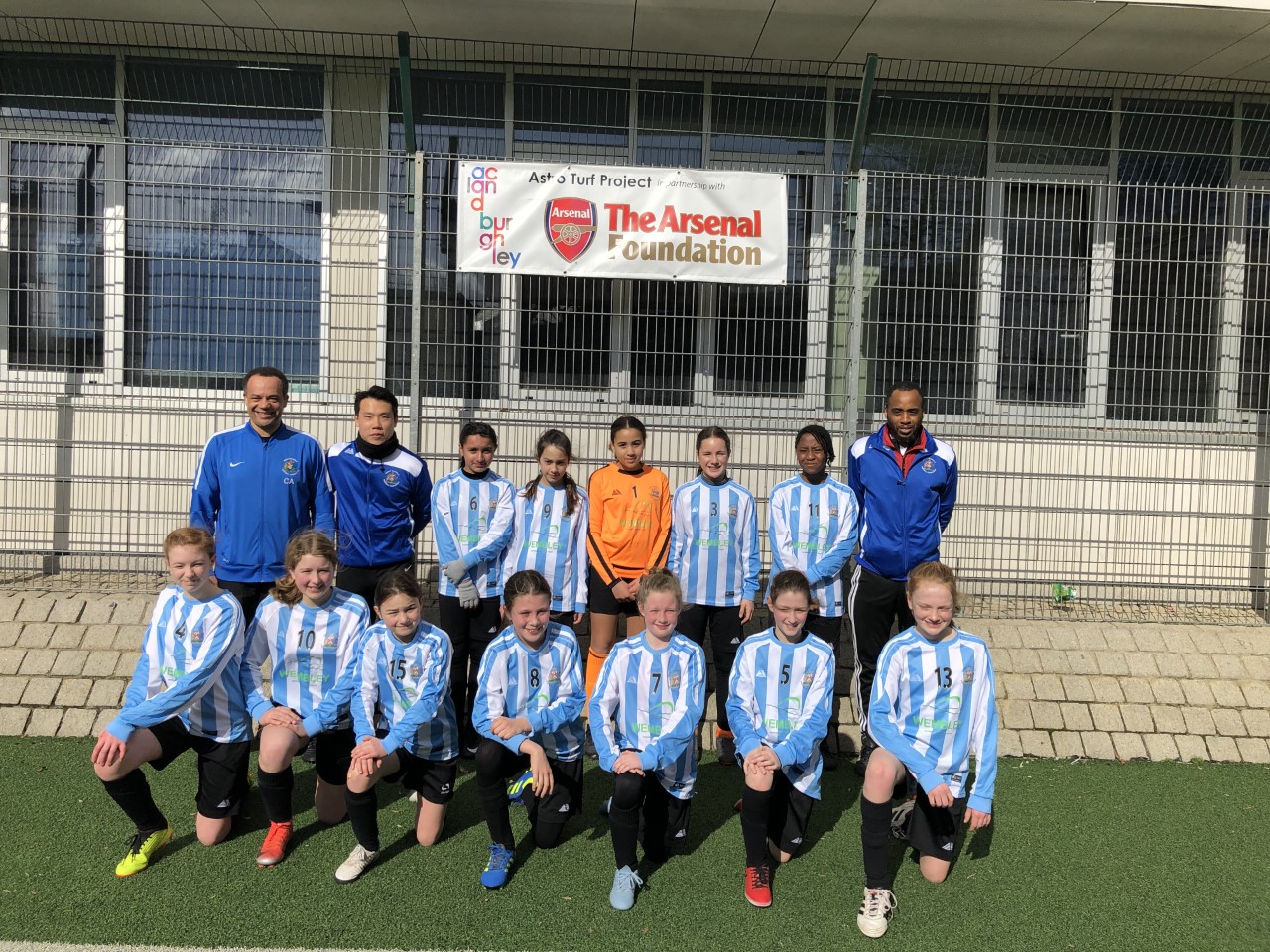 Brent went into this friendly having won the previous fixture between the sides 5-3 and expecting a close and hard-fought match, which was exactly what transpired.

Apollonia Margetson was introduced into midfield and her tough tackling gave Brent the upper hand in midfield but despite good possession Brent could not find the net. Then just before half time Arsenal produced a moment of quality with a 25 yard drive into the top corner giving 'keeper Blue no chance.

Brent rang the changes bringing on Elizabeth Ulusele in defense and Brianna John-Etiko up front. John-Etiko caused havoc, bustling through on goal but Arsenal's tough-tackling stopped some scoring opportunities. Maya Rosenberg then fizzed a superb cross into the box but it was just beyond John-Etiko. Tirion Lewis linked well with Margetson in midfield, Margetson found  Brianna John- Etiko. Etiko dribbled past her marker and slipped the ball Carnavale who hit a thunderbolt into the top corner to level the score.

Brent pushed for the winner but the score remained unchanged. Brent coach Chris Ampofo “That was a big test for the girls. They showed real courage and resilience to keep passing and comeback. A big thank you to Arsenal for giving the girls such a brilliant experience.”

Brent next face Eagles United on 23rd March in the semi-final of the Camden & Regents Park Cup.

An image gallery from the game is below, click on any of the thumbnails to open a larger version: