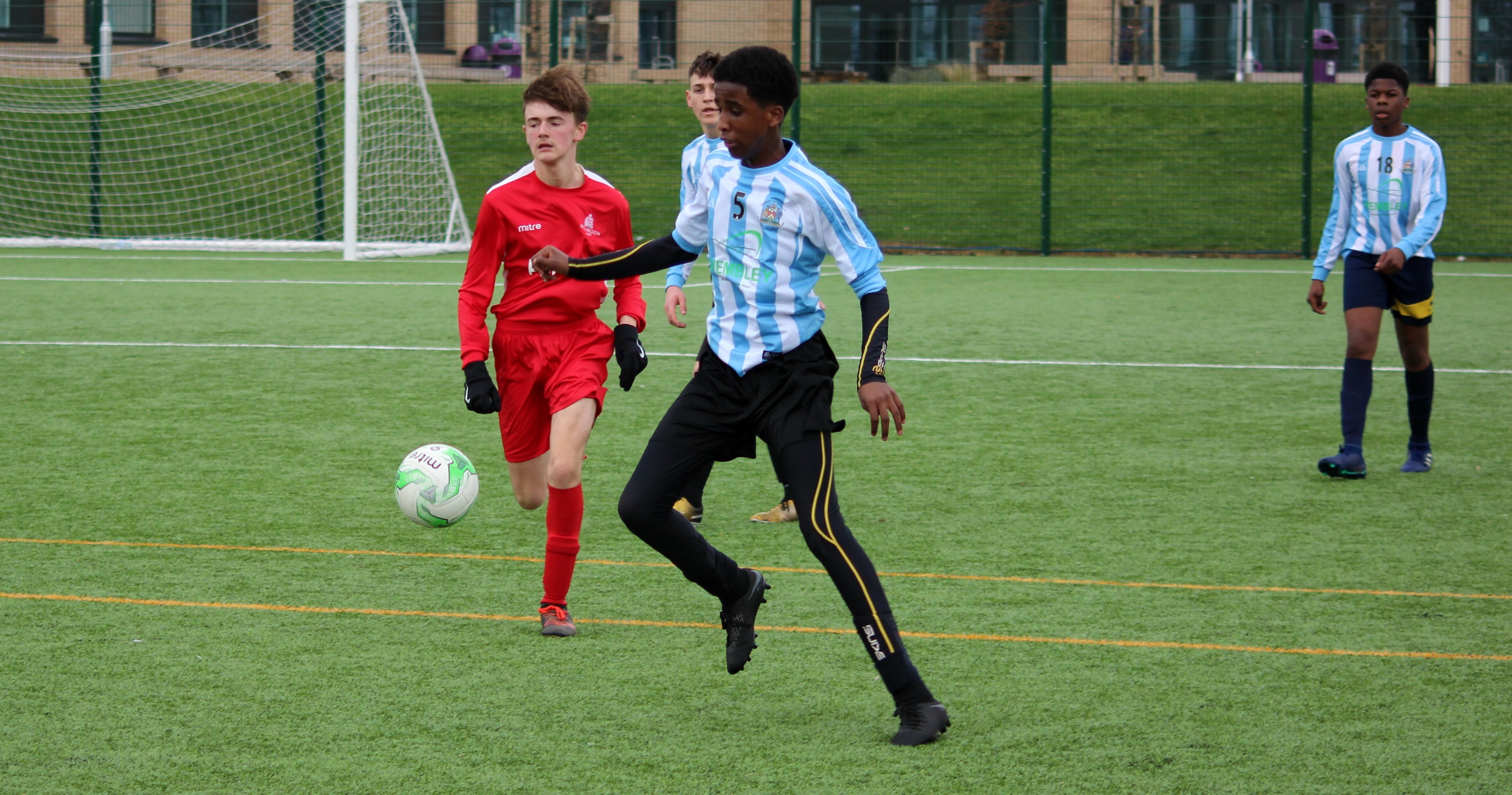 Brent started with great enthusiasm and scored an early goal through a long-range effort from Diontae Smith. Brent created a handful of chances in the first half, but failed to get the second goal. Albi Alexander was very lively, causing all sorts of problems for Hillingdon and linking up well with his teammates, especially with Khalid Jabir. Defensively the first half saw Brent win the ball in several good positions, however poor decision-making and poor finishing let Hillingdon of the hook. Hillingdon struggled to create any chances in the first half, but quickly could have done as Brent’s shape was at times of big concern. Several dangerous balls in the corridors were dealt with by the brave Ahmed Al Abdul Rasoul in goal, who operated well as a sweeper all game.

The second half started well as Brent got their second goal. Once again Brent wasted a couple of chances, but in the end Jabir slid the ball in as if his life depended on it.

After this followed a poor period from Brent as concentration levels dropped and Hillingdon scored twice to make it 2-2. The reaction to this was excellent. Rafi Amblin, who had a fantastic second half at right back, drove past their left-back and put in a great cross slotted home by a lovely finish from Smith. 4-2 came from another great strike from Khalid Jabir, who showed his passion to score goals all game.

The last two goals were scored by Muhammad Abuinsair . Both were good finishes and the chances appeared from an aggressive high-press from the Brent boys.

Encouraging and positive performance, but still very much to work on for the boys in blue and white stripes.

Coach Stig Nedrebo observed: “This match gave us a good reference on what needs to improve. A couple of individual players stood out and was the big differee. We were creative in the last third, however our defensive transitions and shape could have harmed us more than it did.”

Thumbnails of Stephen Toddington's photos of this match can be seen below. Simply click on any image to open a larger version: