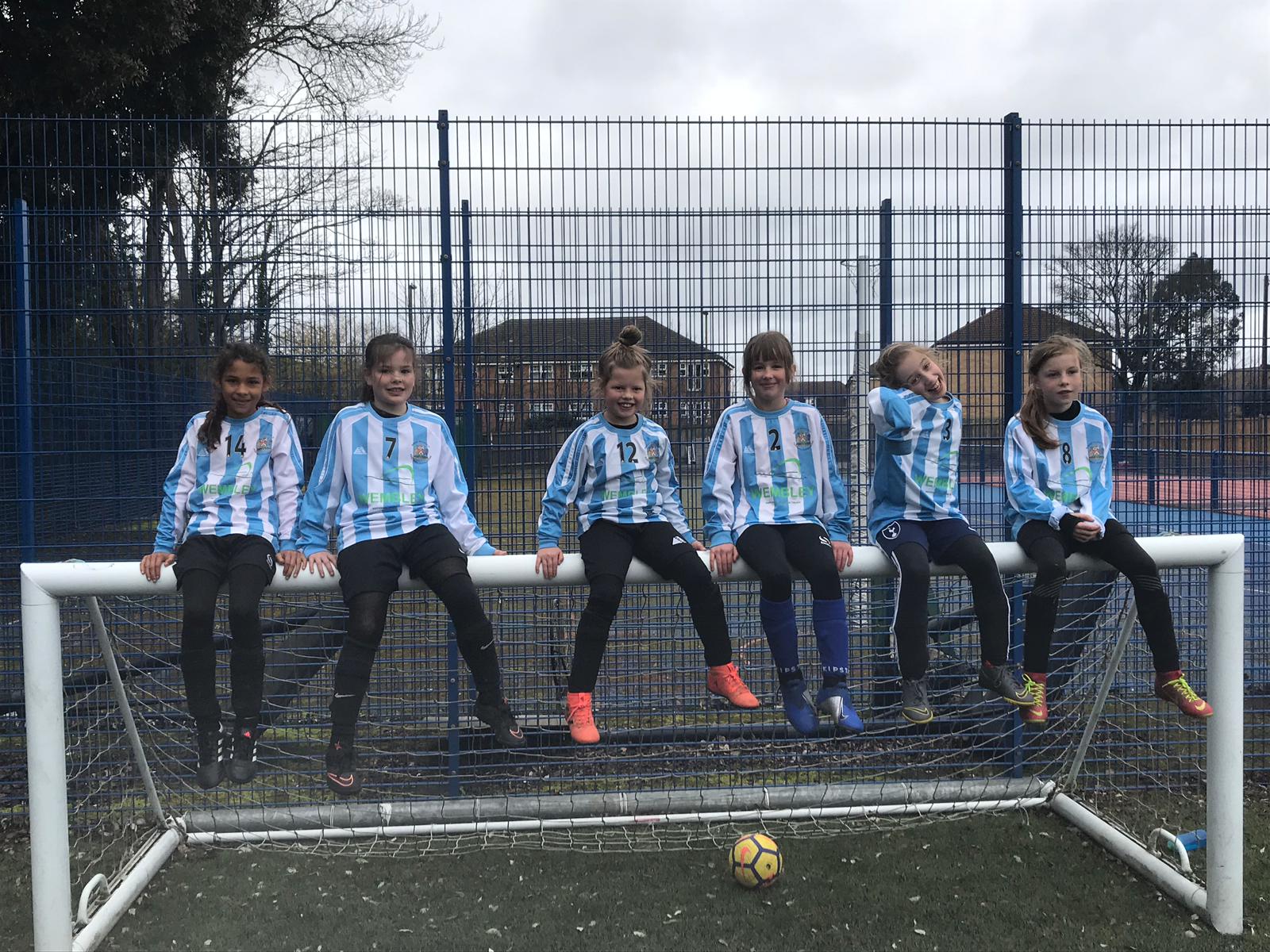 Brent’s Under-9 Girls’ team won both matches in a three-team friendly fixture on Saturday.

The games saw the new team play AC Finchley Central and Barnet Nightingales. AC Finchley were the opponents for the first match and had previously beaten Brent 8-1 earlier in the season.

Brent started the game well, with Eabha Kennedy putting them 1-0 up after some great interchange play with Willow Stone. Against the run of play, Finchley equalised which seemed to motivate Brent further.

Resolute defending from Alba Summer , Tallulah Swaby and Hannah Derks meant that Finchley had no time on the ball allowing Willow, Eabha and Carrie Rattigan to all chip in and Brent 5-1 ahead. A late consolation for Finchley didn’t take the shine off the performance and Brent secured a deserved victory.

Barnet Nightingales proved to be tougher opponents in a physical game which saw Brent go a goal down following heavy pressure from Barnet. Goalkeeper Hannah Derks made sure the deficit stayed at 1-0 in the early exchanges.

With Willow Stone and Eabha Kennedy also dropping deep to support the defence, Brent regained control of the game and scored four unanswered goals of the highest quality exhibiting both individual flair from Kennedy as well as attractive passing football from Summer, Stone and Rattigan.

Brent coach Paul Summers said after the games: “this was a really impressive day out for Brent. Everyone in the team gave their all, which resulted in two deserved victories”.