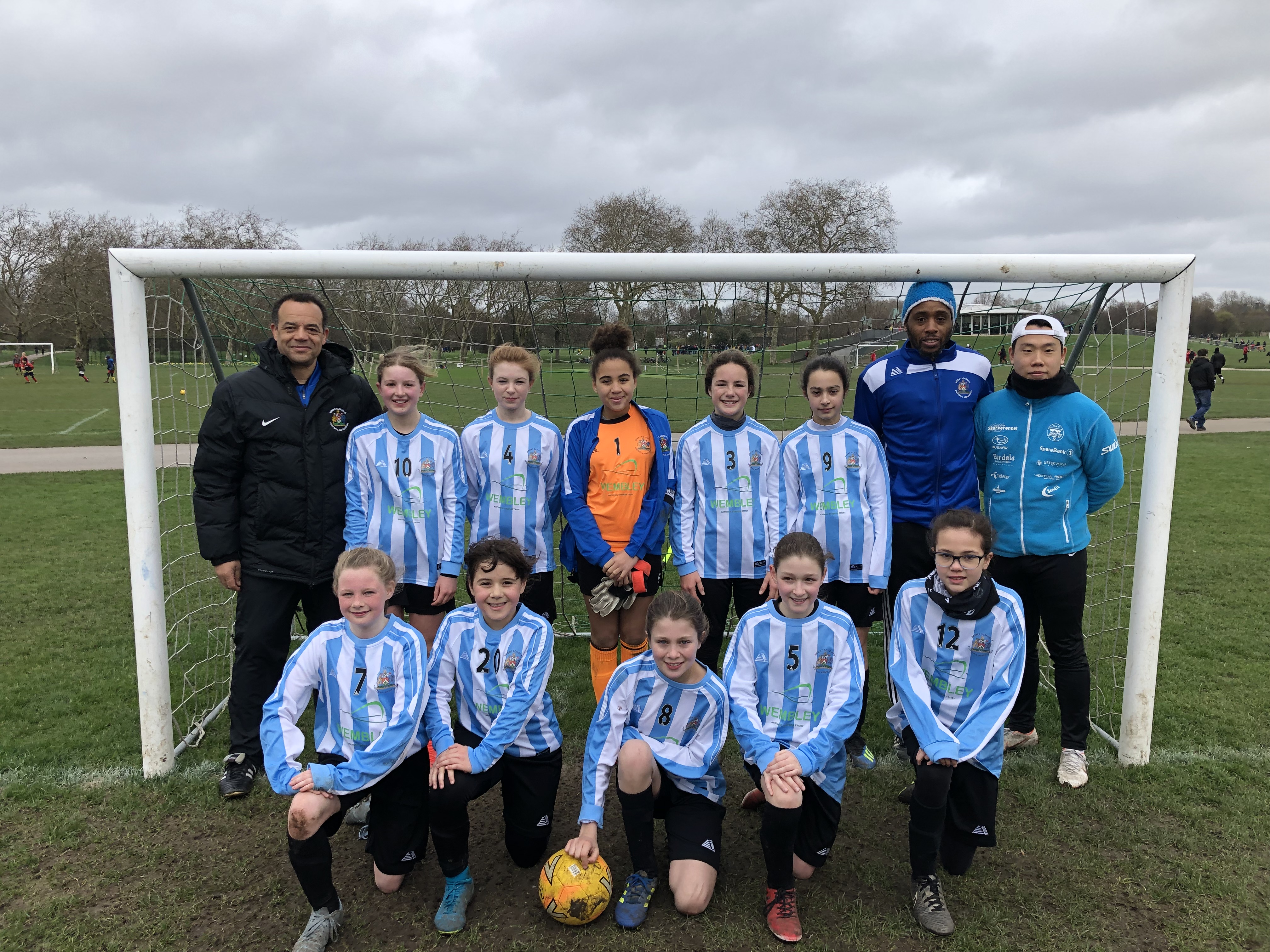 Brent Under-12 Girls reached the final of the Camden & Regents Park League Cup  in style with an emphatic 5-1 victory over Eagles United.

Giuseppina Carnavale opened the scoring with a spectacular long-range shot into the top corner. Skipper Milly May Blue started the move for Brent’s second goal, releasing Sophie Kew who passed to Apolonia Margetson. She found Scout Waddington who quickly switched the ball to  Chloe O’Donoghue and her unselfish pass set up Carnavale to fire home her second of the game.

Kathleen Ferreira then dribbled past two defenders and passed to O 'Donoghue to score with a fierce cross-shot . Raaya McIntosh’s quick pass found Carnavale, who drove down the wing and cut the ball back for Keely Dibley Dias to score the fourth, darting into the box from midfield before coolly passing the ball past the keeper into the net.

Eagles then showed real spirit and broke away to score but any hint of a comeback was ended when  Elizabeth Ulusele passed to Waddington who sprinted past her marker before scoring with a shot into the bottom corner giving the goalkeeper no chance.

Brent coach Kjell Sung commented:  "That was one of our best displays of the season. I am delighted for the girls and we all look forward to the final."

Brent face Regents Park on 23 March at Regents Park after they edged out Queens Park Sharks, winning a tense penalty shoot-out 8-7 after drawing the game 1-1.