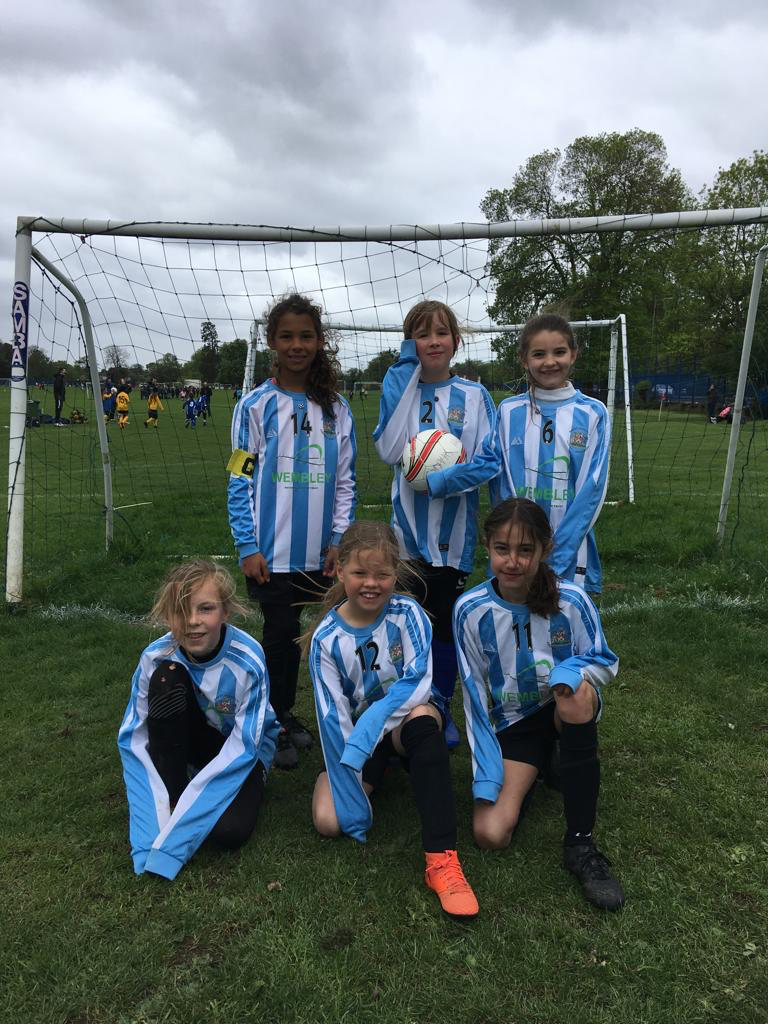 In a game played in cold and very windy conditions it was always going to be difficult for the teams to play quality football.

However, a strong Brent line up took an early lead through a counter attack with Talllulah Swaby gathering the ball in defence, feeding it through to Eabha Kennedy in midfield who exchanged a one-two with Willow Stone before firing past the goalkeeper.

Kennedy completed her first half hat-trick with assists from Stone and Ana Chemale to make it 3-0 without reply before AC Finchley employed some clever play to split the Brent defence to pull a goal back.

Kennedy was not finished though and scored a further two goals, one of which was a superb solo effort before half time to have Brent leading 5-1 at the break.

AC Finchley regrouped after half time and scored two quick goals without reply to reduce the deficit and began to pile pressure on the Brent defence. Only good handling by Hannah Derks in goal managed to keep Brent ahead.

However, a Brent corner and an unfortunate fumble by the Finchley ‘keeper after pressure from Brent’s Suki Bell led to an own goal and put Brent 6-3 up.

Finchley quickly came back to score another after a Brent defensive mix up, however Kennedy sealed the game with her sixth and the final goal of the game to give Brent an impressive 7-4 victory.