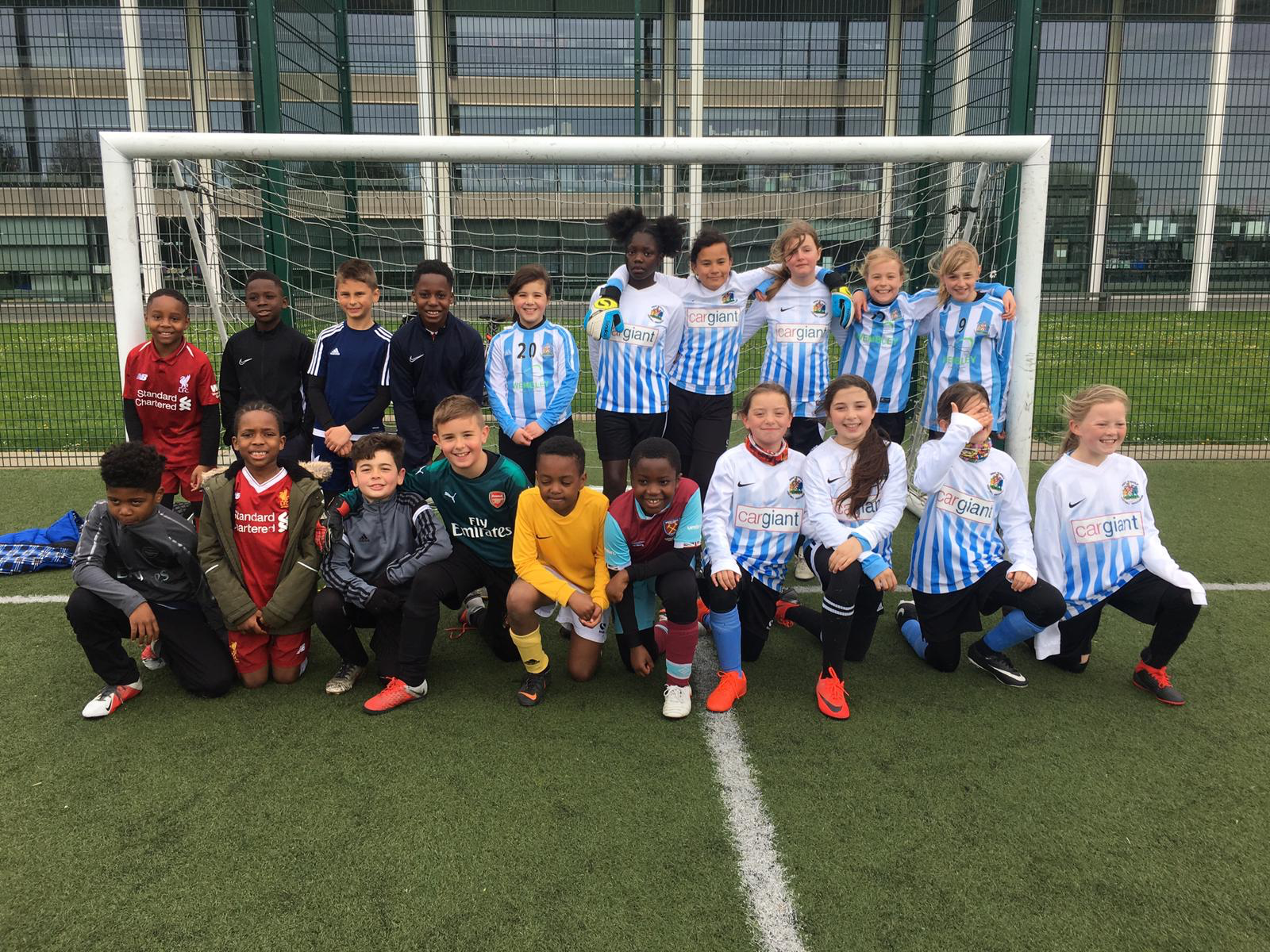 In a development match, Brent’s U11 girls played a very strong AFC Wembley U9 boys on Saturday.

There were three periods of 20 minutes and a penalty shoot-out at the end, although the boys scored a goal in the second period and a second goal in the third period.

Coach Patricia Taylor observed: “The girls played very well.   The match was played in a great atmosphere with both sets of parents enjoying themselves. I was very pleased with the way the girls played; they put in a great performance”.