U10 Girls pick up two wins 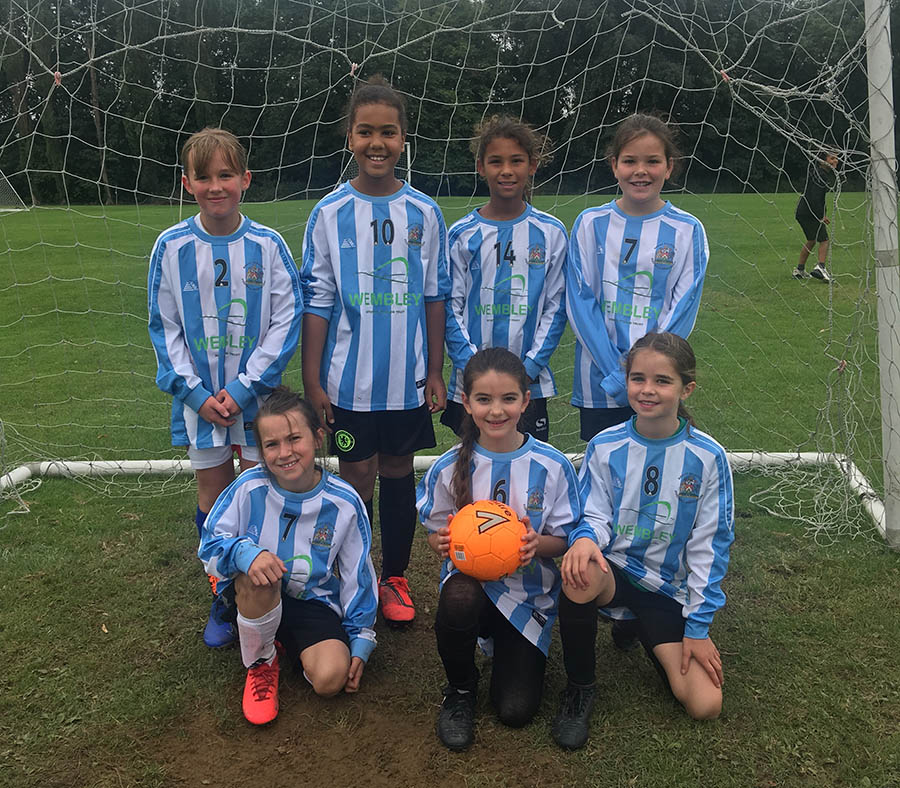 In the first game against Barnet Nightingales, Brent took a 1-0 lead into half time thanks to some good footwork from Wales who skipped past several Barnet players to cooly feed Owen who scored a well-worked goal from 10 yards out.The Brent goalkeeper, Hannah, was called into play several times and scooped up many loose balls.

After half time, Brent peppered the Barnet goal. They won 8 corners and also hit the post but the ball refused to go in.

Finally, Wales took a speculative long shot which the 'keeper could only palm away onto the back of one of her defenders and the ball spun back into the goal.

Two goals ahead with two minutes remaining, Brent were caught on the counter-attack and conceded a goal to a fine Barnet move. The final score was 2-1 to Brent.

The second game was a meeting between Brent and AC Finchley, who beat them in the semi-final of the Capital Girls' League Cup last season. In the warm up Brent's captain, Swaby, suffered a severe nosebleed but this was dealt with and the skipper was well enough and brave enough to start.

The Finchley team has talented and physical players and Brent were made to compete for every ball. Palmer and Ana in particular worked tirelessly, breaking up the Finchley moves.

After a competitive but goalless first half, in which both sides went close to scoring, the teams were level. At the start of the second half, Finchley started superbly and scored from a corner which Brent were unable to clear.

Brent were able to equalise thanks in part to a superb run down the wing by Wales who selflessly squared to Owen to tap home her team's first goal of the match.

The game was physical with both teams suffering injuries. Brent’s Rattigan took a blow to the head but gamely played on.

Wales, who was running the midfield, had taken a big knock during the game but opted to stay on. She finally got her reward with a couple of minutes remaining when - having seen the goalkeeper dawdling on the ball - she sprinted 30 yards to snatch the ball, round the 'keeper and complete a great all round performance with a solo goal.

The final whistle blew and a bruised, battered but triumphant Brent were the victors having snatched a compelling 2-1 win.