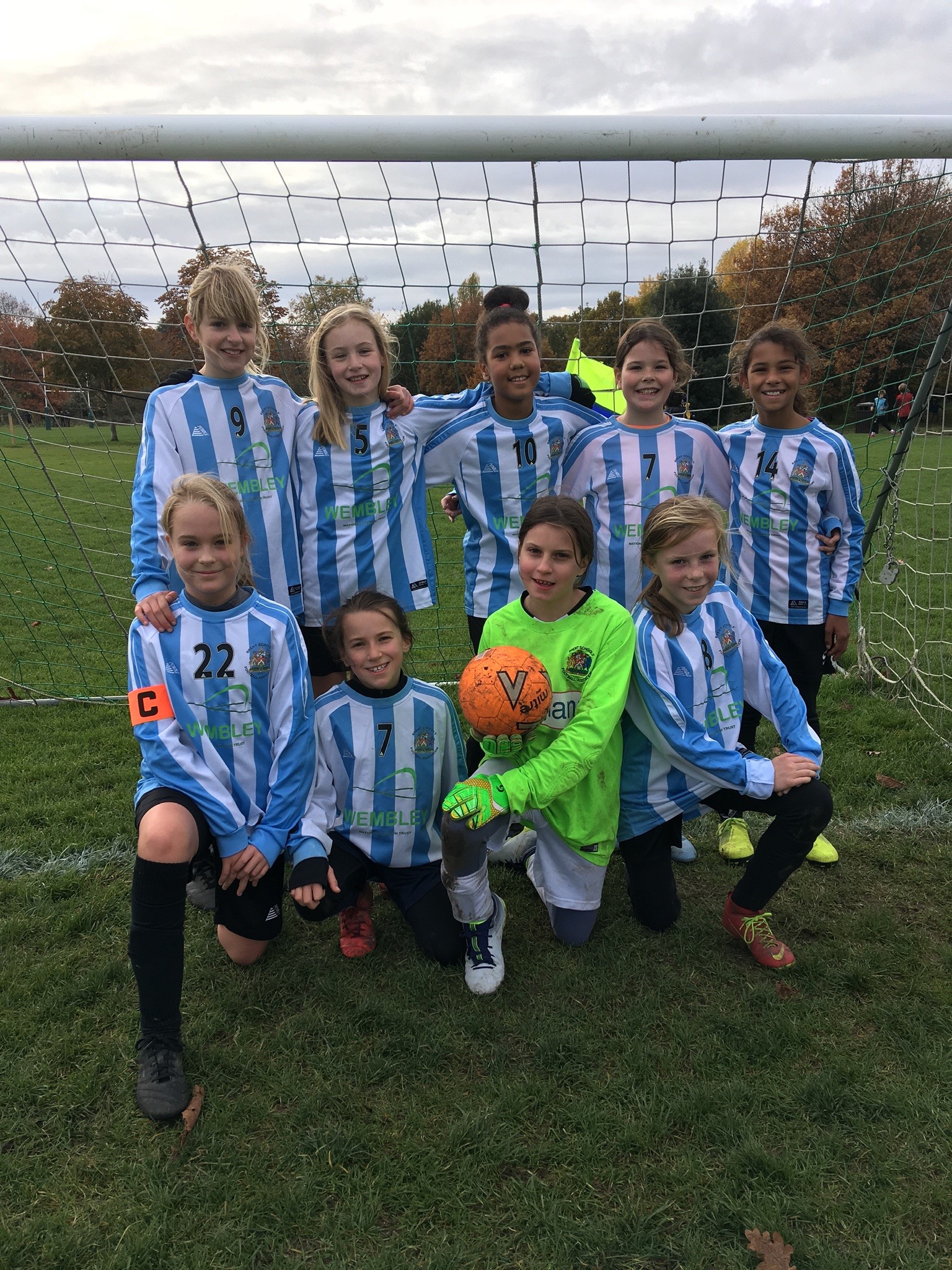 The Brent Schools' FA Under-10 girls squad continued their development matches by taking on a club team - Brent Cross - and winning emphatically.

In a game played in perfect conditions at Regent’s Park, Brent Schools opened the scoring within three minutes with a finely taken goal by Kennedy who went on to complete a first half hat trick and also provided both assists for Owen to secure a brace. The first half scoring was completed when Meg added to the score sheet after an assist by Owen. Brent took a 6-0 lead into half time.

An early goal at the start of the second half from Owen to secure her hat-trick was followed by a brief comeback as Brent Cross scored from a well taken free kick.

The Brent keeper, Bulik, daringly came out of her box several times to clear the ball with her feet.

With the score at 7-1, under pressure from Captain Hunn and Kennedy, Brent Cross conceded two own goals.

After a great solo effort, Owen added another goal to take her tally to four.

With a minute remaining Kennedy scored a screamer from outside the box to make it 11-1 to Brent Schools and complete her tally of four goals and four assists. As a result, Kennedy was a worthy winner of the Player of the Match award.