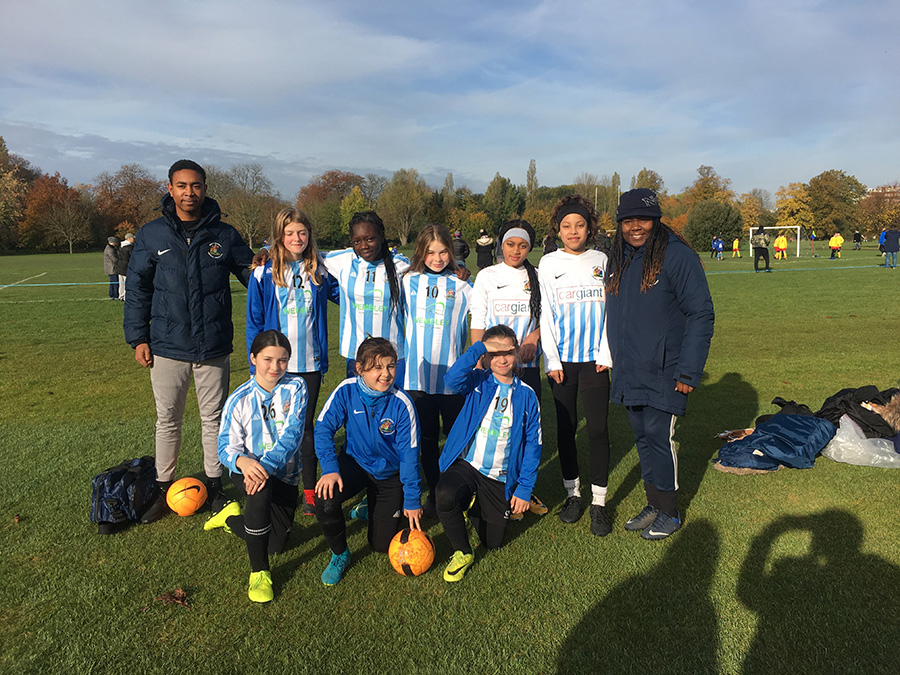 The Brent U12 Girls Representative Squad picked up their first Regent's Park Youth League victory of the season with a 4-2 win over Little Stars Coaching.

Brent opened the scoring after 10 minutes when Olivia Henry made a run down the right side and received the ball in an attacking position; her attempted cross deceived everyone and flew into the net.

Little Stars then scored twice in quick succession to take the lead but Brent fought back. Their equaliser came from Olivia Henry who was played through by a pass by Kate Fox. In a one-on-one with the goalkeeper, Henry slotted the ball across goal and into the bottom left corner.

Henry completed her hat-trick after Atlanta broke up play in the midfield with an excellent tackle, which enabled her to put Henry through for another one-on-one which was finished with aplomb.

Henry wrapped up the scoring by finishing an incisive counter-attack, started by a long kick from goalkeeper Kathleen into the prolific forward. Henry shielded the ball from her marker and allowed it to run across her body, which gave her the time to set up the shot and finish clinically.