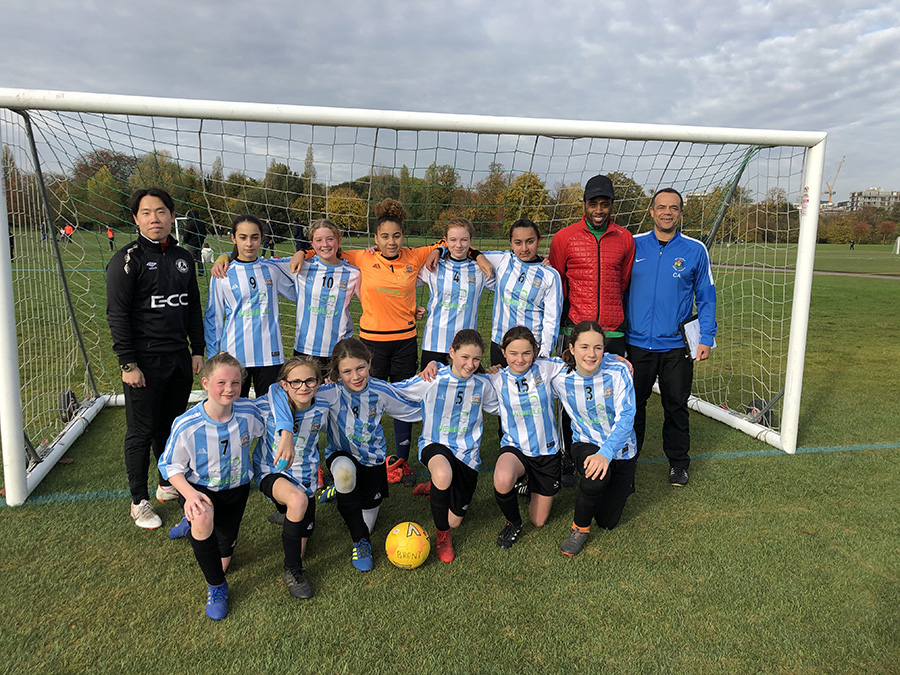 Brent's Under-13 Girls squad bounced back to winning ways with a superb team performance in a top of the table clash against Regents Park.

The early exchanges were even but Brent's passing game started to give them the edge. Laiba Mir found Keely Dibley-Dias whose quick pass released Giussepina Carnavale in midfield. Carnavale's inch-perfect cross was met by a far-post volley by Scout Waddington who found the net.

Maddie Muir then drove down the left wing and recycled the ball back to Sophie Kew who unleashed a thunderbolt into the top corner to put her side 2-0 up.

The third goal was a candidate for 'goal of the season'. The move was started by Brent goalkeeper Milly May Blue whose quick throw sent Dibley-Dias racing down the right where she passed to Chloe O'Donoghue on the right wing. O'Donoghue dribbled past her marker and fizzed the ball into the box where Waddington's volley hit the post and the quick-thinking Maya Rosenberg reacted first and slotted the ball into the net for a brilliant team goal.

Brent were now dominant and Lizzy Ulusele combined well with Apolonia Margetson; Margetson's shot was handled in the box leading to a penalty which Carnavale coolly placed into the corner to score Brent's fourth goal and cap an accomplished performance.

Brent coach Kjell Sung observed: "The girls showed great composure on the ball today against a good side. They are getting stronger with every game. This result sets us up nicely for the cup next week."

Brent next face Denham United Girls in the Second Round of the Capital Girls' Cup at Capital City Academy.