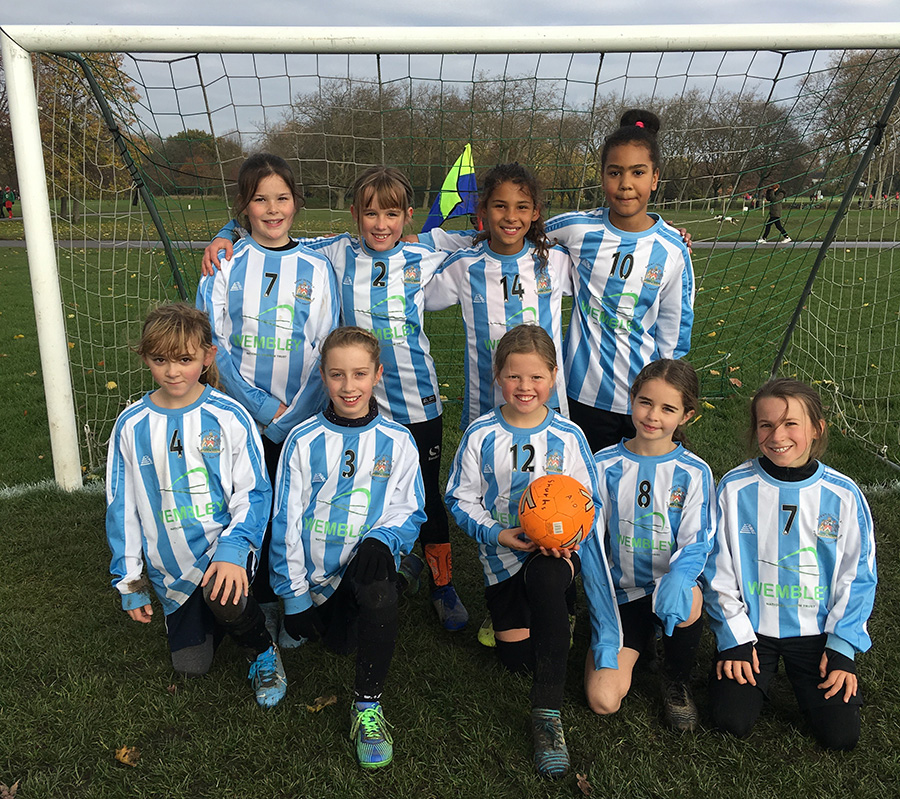 Brent's Under-10 Girls' superb season continued with another excellent performance, winning 7-0 at Regents Park against a determined Highgate Rangers team.

After early pressure, Eabha Kennedy scored a great solo goal after cutting in from the right and passing two defenders before cooly finishing past the keeper.

Wales completed a fine first half adding to her two assists with two finely taken goals as well.

The first half ended with Brent 5-0 up.

After the break, Highgate were determined to get on the score sheet and had several chances but a combination of strong defending by Talllulah Swaby and Minnie Palmer with Hannah Derks in goal repelled their attacks.

The hard work of Owen up front paid off, the striker scoring a goal after bringing down a long ball from replacement keeper Carrie Rattigan, to secure her hat-trick. Wales finished off the scoring with another well taken goal to make her hat-trick and Brent comfortably closed out the game to win 7-0.