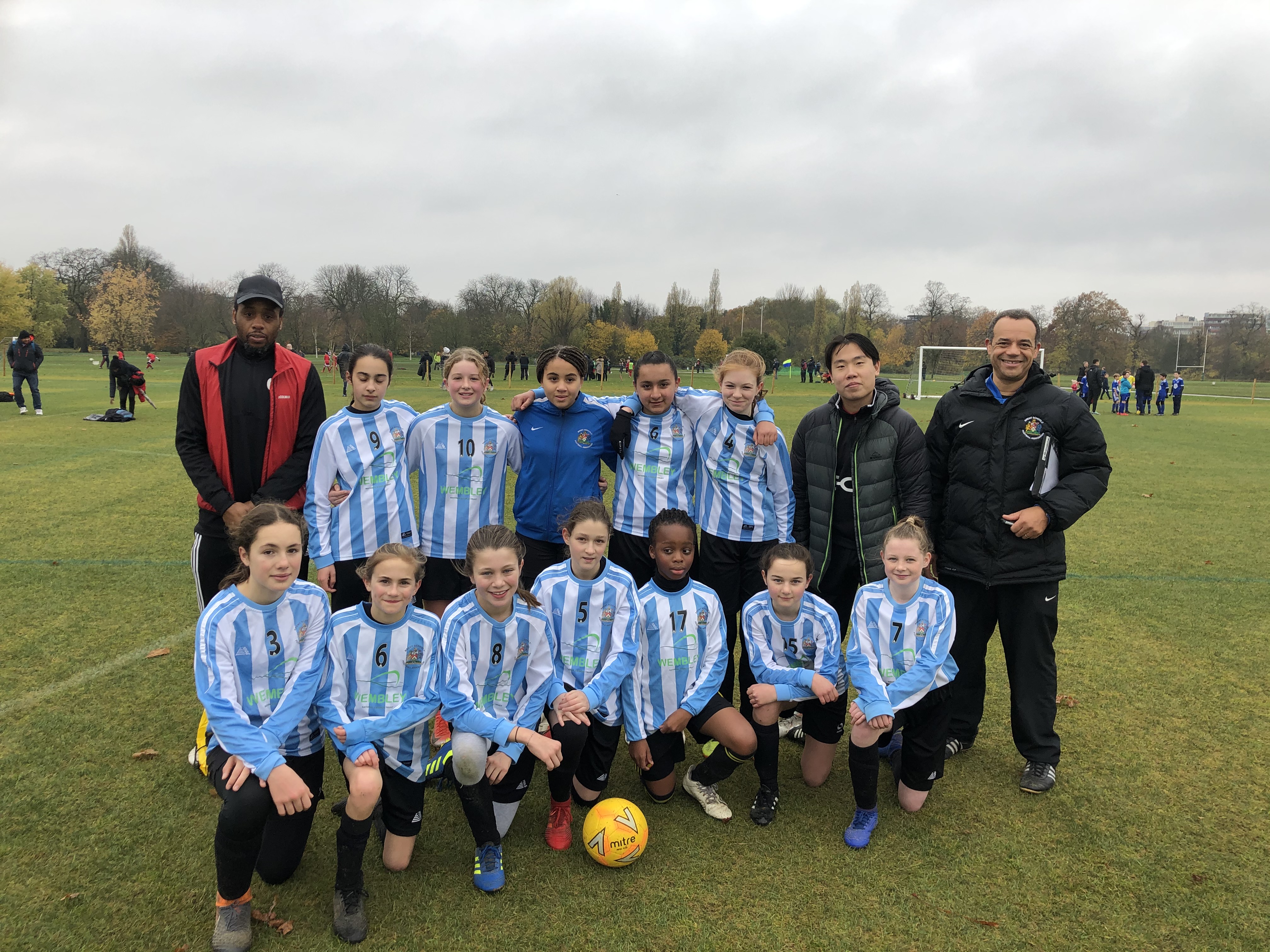 Brent U13 girls bounced back to winning ways with a brilliant passing performance against Little Stars Coaching in the Regents Park League Cup.

Brent shook off their Capital Girls Cup defeat against Denham United and took an early lead when Chloe O'Donoghue broke down the right wing and her pin point cross was slotted home by Maya Rosenberg at the far post. The second goal came from a set piece; Giusseppina Carnavale picked out Sophie Kew from a corner and Kew fired a long-range shot into the top corner.

Scout Waddington then scored a brace with her second goal being a superb solo effort. Apolonia Margetson reacted first to a save from another Kew long-range thunderbolt to make the score 5-0 to Brent at half time.

In the second half, Waddington completed her hat-trick and O’Donoghue got on the score sheet with a crisp volley. Waddington scored her fourth, finishing another excellent cross from O'Donoghue.

The goal of the game was scored at the end with Carnavale finishing a well-worked team goal. Milly-May Blue released Keely Dibley-Dias in defence. Dibley-Dias slipped the ball to Laiba Mir, who found debut girl Ugomma Ekendu-Obi. Ekendu-Obi jinked past her marker and split the Stars' defence with a slide-rule pass to Giusseppina Carnavale who outpaced her opponents and coolly shot into the corner completing a second half hat-trick for Carnavale and bringing the final score to 11-0.