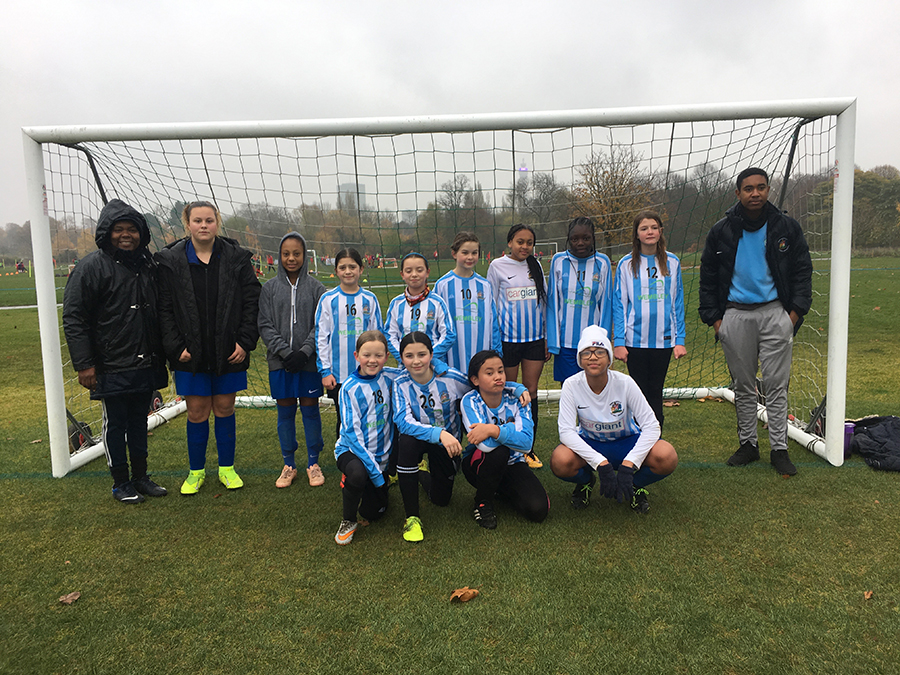 Brent's U12 Girls made progress in the Regents Park Youth League Cup with a win over Queens Park Sharks.

Within the first few seconds of the game, the ball fell to Georgie Stone at the edge of the box and she fired her shot into the bottom left corner of the net.

Kyanne Douglas doubled Brent's lead after she was put through on goal, applying an amazing finish into the bottom left corner from the opposite side of the penalty box.

Olivia Henry put Brent 3-0 ahead when reacting first to a loose ball from a corner. Henry made a great effort to turn and hit the ball just beneath the crossbar.  The lively forward scored her second, and Brent's fourth goal after an excellent counter-attack. The ball was crossed in from the right hand side and after Georgie Stone's effort was blocked Henry was there to tap in the rebound.

Sharks pulled a goal back in the latter stages, but Brent were able to secure their spot in the next round.