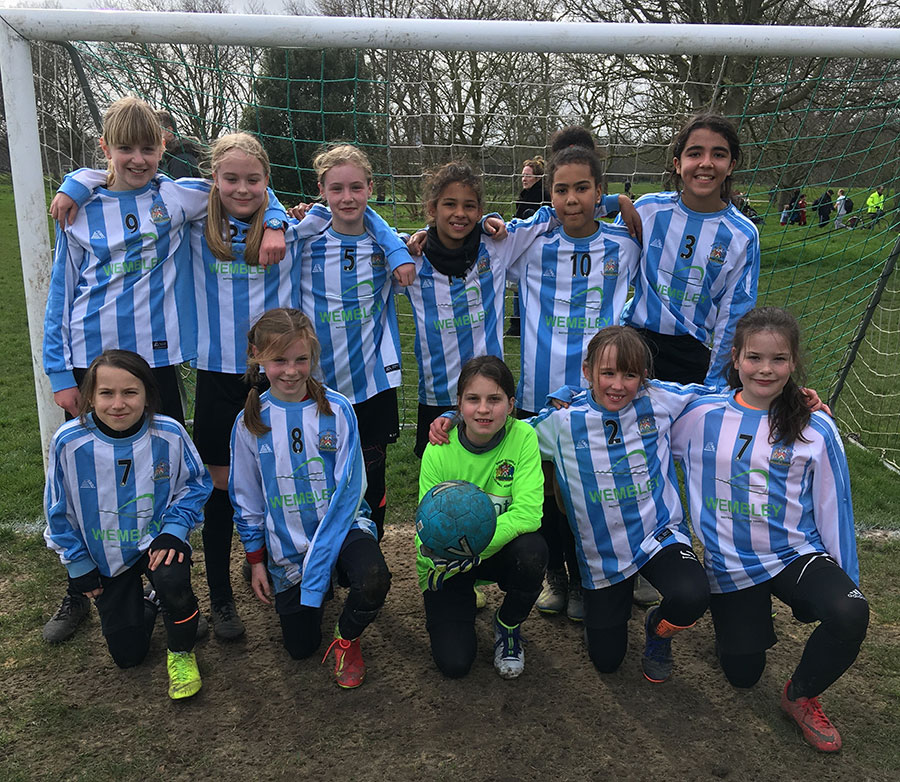 Brent's Under-11 Girls squad reached the Regent's Park Youth League Cup Final in their first season of playing together.

Having suffered a defeat against Hackney last week, Brent fielded a strong team but were missing their midfield marshall, Tashelle Redhead, who was replaced by Zoey De Sousa Mantas.

With Sophie Owen up front and supported by Eabha Kennedy and Evie Roe on the right and left wings respectively, Brent started strongly. Kennedy moved sharply down the wing, cutting inside and drawing an athletic save from the keeper.

LSS piled upfield on the counter attack and hit a thundering goal bound shot which Brent ‘keeper Hannah Derks was able to fling herself at, tipping the ball onto the crossbar.

Brent then began their own attack with a pass to Tallulah Swaby, who then threaded the ball through to De Sousa Mantas who lifted the ball into the path of Kennedy, whose well-struck shot beat the LSS goalkeeper in the tenth minute.

The next major event in the game was Brent losing substitute Nancy Wales, who had only been on the pitch for a few minutes before she aggravated an old injury and had to be carried from the field.

After more pressure from LSS, Brent were fortunate to take a 1-0 lead into half time.

LSS came out strongly at the start of the second half, but Brent matched LSS tackle for tackle and got their second goal within 5 minutes of the restart. Captain Scarlett Hunn released the ball to Kennedy who made an exhilarating run down the right wing before cooly slotting the ball between the defenders for Owen, who scored with aplomb.

At 2-0 up Brent were determined not to concede and switched to a defensive formation. LSS continued to push forward but their tame efforts were easily gathered by substitute ‘keeper Kalina Bulik. Bulik used her distribution wisely and though Brent were in defensive mode they continued to push on the counter attack.

This counter-attacking allowed Brent to score their decisive third goal. From an interception in midfield, Roe passed the ball through to Kennedy who hit a square pass across the LSS area. Meg Ingram, who had just come on as a substitute swept the ball in at close range with her first touch.

At 3-0 and with the game virtually sewn up, Brent shut up shop replacing Swaby at left back with Carrie Rattigan and continually thwarted LSS’s attacks.

The Final will see Brent face Camden Youth for the third time this season, on 21st March.