Brent's Under-12 Boys became the first of the Association's Representative Teams to reach a Cup Final this season thanks to an excellent performance against United Dragons White on Saturday.

Their Regent's Park Youth League Cup semi-final ended in a 2-2 draw and Brent edged home in a penalty shoot-out, winning by 3-2. They will play Rugby Portobello Trust in the Final, on a date to be arranged.

The Under-11 Boys also enjoyed a good result. Having already won the Batchelor Cup - one of two short competitions managed by the Middlesex Schools' FA - Brent opened their campaign in the Alf Gant Cup with an exciting 6-2 win away to Haringey.

Ths coming Saturday, 8th February, the Girls squads take centre stage in the Regent's Park Youth League Cup semi-finals. The Under-13 side take on Regent's Park FC while the Under-12s, who are playing up a year, face Queens Park Sharks. 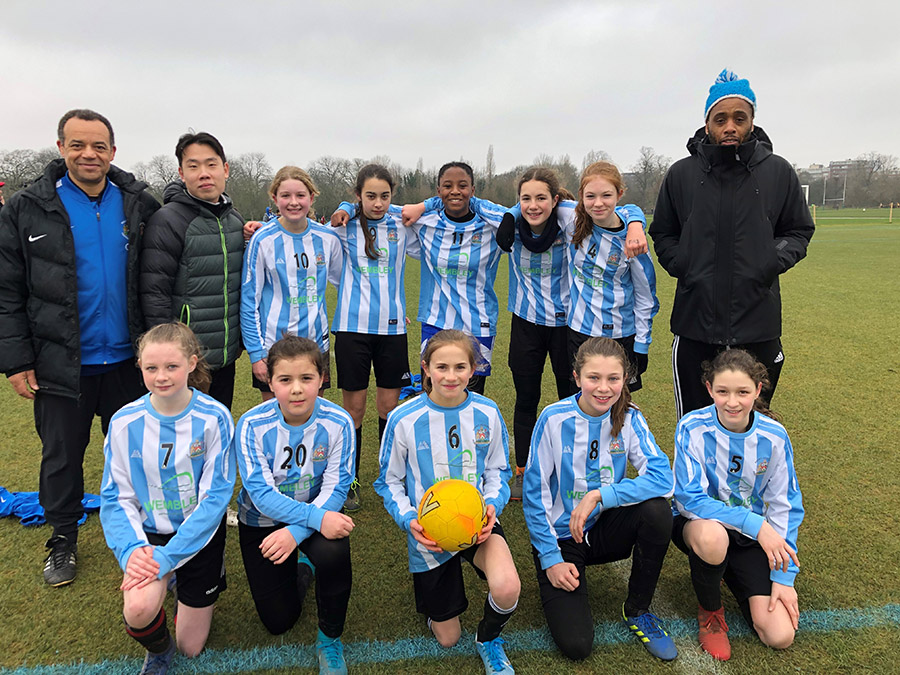 Brent's Under-13 girls team recorded the largest winning margin in the Association's history, defeating Little Stars 18-1 in the Regent's Park Youth League. Highlights included 7 goals from top scorer Scout Waddington followed closely by 6 from Giuseppina Carnavale. Little Stars fought bravely and were rewarded with a superb consolation goal in the last minute. The win puts the 13' at the top of the league and face third-placed Regents Park in the League Cup semi-final on February 8th.

Brent's Under-12 girls are second in the same division and their good form continued with a 3-0 friendly win over Tufnell Park. Top scorer  Olivia Henry scored a brace and Gerssa Bushaj also found the net. The U12 squad are three points behind the U13s, but have a game in hand.

Brent Under-10 girls' excellent run continued with a convincing 6-1 win against Regents Park; Sophie Owen scored 4 goals in that match.  Brent Under-11 girls went down 4-0 to a strong Camden side. 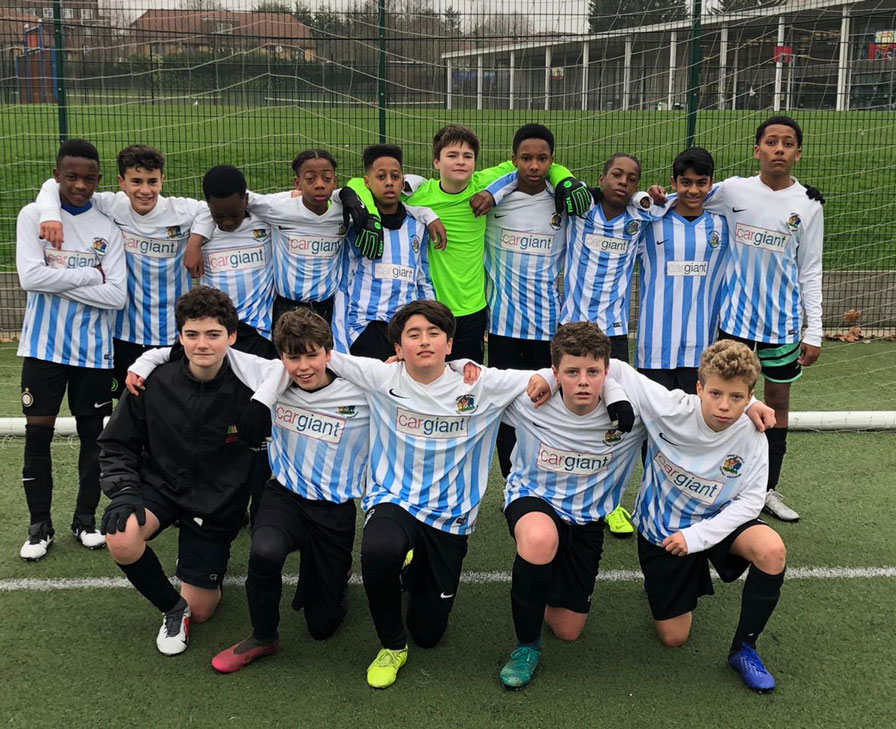 The friendly fixture at Capital City Academy saw the side, under new coach Darius St Louis, produce some excellent football. With four fixtures remaining in the Compton Cup, St Louis and his players will be aiming to build on this fine performance.

The U12 Boys were beaten 6-0 by Haringey in a difficult Watkin Cup match.

Elsewhere, the U11 Boys played a full part in an action-packed game with St Albans, but were defeated 6-3.

Chairman of Brent Schools' FA, Chris Ampofo reflected on these matches - and the three played by the Association's Girls teams on the same day - by observing: "It is fantastic that so many talented players are getting the opportunity to represent Brent so magnificently. The volunteer coaches are amazing and with the Euros coming I'm sure there is some exciting schools football to come".

Brent's Under-12 boys' squad moved into third place in the Regents' Park Youth League after an emphatic 6-0 victory over Camden Elite Soccer.

Brent started solidly, dealing with attacking pressure and recycling the ball to play out. There was a missed chance for Dhyan in the 12th minute, but he became the provider for Brent's first goal in the 17th minute. This was scored by Bernardo, who received a cut back pass on the penalty spot and placed it into the bottom right corner.

Dhyan was causing the Camden team a lot of problems on the left and was taken out in the penalty area for a penalty which Danny slotted away in the 24th minute.

Camden took control at the start of the second half and caused a fingertip save from goalkeeper Thiago, who pushed a fierce shot over the crossbar. Having dealt well with an early kick-off, Brent added a third goal in the 45th minute when Adam came off the bench to score. The team's fourtth goal came direct from a corner thanks to a good delivery by Dhyan who beat the goalkeeper at his near post.

The last two goals came in quick succession thanks to some brilliant pressing from Zak and Darwaish who helped Fabian score in the bottom left corner in the 57th minute, swiftly followed by a neatly despatched finish by Caspar into the bottom right corner assisted by Zak.

After the match, Brent coach Liam Chinn remarked: “I am very proud of the boys. They played some great football and are improving with every game”.